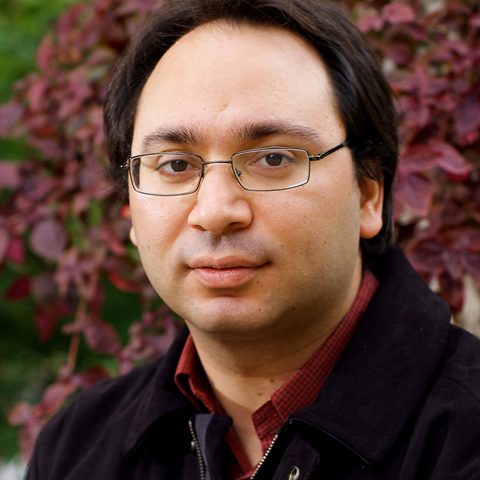 ‘Serial customer’ is not quite as chilling a phrase as ‘serial killer’, but still it can make us a bit nervous. We know that a serial customer’s research may be so dependent on Wyatt products that they keep coming back, again and again, to fulfill their need for yet another fresh SEC-MALS stack. A career may depend on Wyatt detectors; we don’t take that responsibility lightly! Charles Diesendruck, our Featured Customer for December 2017, is one such serial customer.

Now an Assistant Professor in the Faculty of Chemistry at the Technion – Israel Institute of Technology, Dr. Diesendruck and his lab staff study the effect of a polymer’s molecular architecture on its macroscopic properties, focusing mainly on viscosity and mechanical stability. By changing the polymer architecture, they are able to concentrate external mechanical forces into specific bonds in the polymer, leading to selective chemical transformations such as controlled, shear-induced fragmentation. The primary molecular properties evaluated are molar mass, size, shape and intrinsic viscosity – a perfect match for the capabilities of a SEC-MALS-IV setup.

Mechanochemistry leads to scission of covalent bonds in the polymer chains, accompanied by concomitant reduction in molecular weight and size, as well as changes to shape and intrinsic viscosity. Without a complete SEC-MALS-IV system comprising an HPLC-SEC with UV/Vis PDA plus a DAWN® equipped with a WyattQELS™, an Optilab® and a ViscoStar®, the progression of subtle changes occurring in the polymer cannot be followed properly.

Charles tracks the kinetics of polymerization and fragmentation via periodic sampling and measurement of molar mass distributions. In addition, ASTRA®’s Mark-Houwink-Sakurada parameter analysis (which compares intrinsic viscosity with molar mass) provides details of the changes in molecular shape due to these mechanochemical processes. One example of such work was reported in his 2017 Angew. Chem. Communication “Intramolecular Cross-Linking: Addressing Mechanochemistry with a Bioinspired Approach” wherein a synthetic construct mimicked the immunoglobulin-like domains of Titin, a protein whose structure directs mechanical force towards the scission of sacrificial intramolecular hydrogen bonds and so absorbs mechanical energy while unfolding.

Charles is now on his third Wyatt system. As a Ph.D. student with Prof. N. Gabriel Lemcoff at Ben Gurion University of the Negev in Israel, he learned the advantages of MALS in the evaluation of polymers and even attended Light Scattering University in Santa Barbara. Then, as a post-doctoral fellow with Prof. Jeffrey S. Moore at the University of Illinois at Urbana-Champaign, he insisted on adding a DAWN and ViscoStar to the existing GPC-RI in order to characterize the polymers prepared there in a comprehensive fashion. The addition of the MALS and differential viscometry detectors was key in understanding that some of these polymers were actually cyclic in nature (JACS 2013, 12755; Nat. Chem. 2014, 623). Finally, when starting his independent career at the Technion, he purchased a complete system, including a WyattQELS embedded dynamic light scattering module, to obtain even deeper information on the polymer chains and how they change due to mechanical stress.

"Wyatt detectors are not only fundamental in my research; they are excellent in both performance and reliability. Since we do kinetic studies using GPC, they work almost 24-7 and have not let me down. Even better than the detectors, if that is possible, is the support we receive. The technical staff has always been there to answer questions, be they practical or fundamental, and Wyatt's support has been essential in advancing my research."