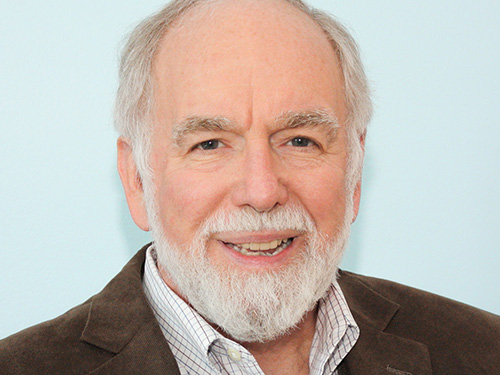 Today, when we think about ‘biologics’ we generally consider monoclonal antibodies and virus-like particle as the fundamental therapeutic modalities. However, modern recombinant biopharmaceuticals actually got their start with more mundane molecules such as hemoglobin and hormones. Dr. Edwin Moore is one of the pioneering analytical biochemists who has helped develop and bring to market these therapeutics since their commercial inception over twenty years ago, ushering in the age of widely-available molecular medicine, and SEC-MALS has been a part of his efforts nearly from the beginning. Over a four-decade career his many contributions include service to the scientific community and mentoring startup enterprises, but here at Wyatt we recall fondly his enlightening talks at two International Light Scattering Colloquia (ILSC) in Santa Barbara.

The interview was conducted by our colleagues at Spinco Biotech and originally published in the September 2018 issue of their monthly magazine, CuttingEdge.

Thank you for the opportunity to have this interaction on the emerging biopharmaceuticals market. Please share with us your journey from Abbott Laboratories and Baxter Healthcare Corporation to the present position at the University of Illinois.

My Ph.D. (1976) is in Biochemistry studying kinetic and thermodynamic measurements of nitric oxide binding to hemoglobin, and postdoctoral studies at University of Michigan studying flavoenzyme kinetics. My hemoglobin experience landed me a job at Abbott Laboratories in 1978 where the Abbott Diagnostics Division was developing a rapid automated spectrophotometric method to quantitate hemoglobin that had been glycosylated as a clinical diagnostic to monitor glucose control in diabetic patients. After developing that product, I managed R&D groups that were assessing new technologies for clinical diagnostic systems, developing therapeutic drug monitoring using fluorescent polarization immunoassays, consumer diagnostics, and finally searching for new biochemical markers of disease.

In 1994, I was interested in changing fields to biopharmaceuticals which was a new emerging field. Hemoglobin experience once again helped me get a position at Baxter Healthcare Corp where Baxter was developing a hemoglobin therapeutic product as a blood substitute. I was responsible for the analytical methods development and stability testing. I first experienced Wyatt instruments in this position as we explored technology for characterizing Baxter’s chemically modified hemoglobin product.

I moved to Boulder, Colorado, when Baxter bought Somatogen to develop a recombinant hemoglobin as a second generation hemoglobin therapeutic product. I moved back to Illinois to assume responsibilities for CMC product development of a recombinant erythropoietin that Baxter had licensed. I next moved to Baxter’s small molecule drugs that were formulated in ready-to-use containers. Heparin was among the products supported by this group and I was a member of the team that investigated the heparin products during the 2008 Chinese adulteration of heparin raw materials.

I retired from Baxter in 2013 as Sr. Director, Global Analytical Method Development and Validation. After retiring, I became a visiting scientist in my brother’s lab (Prof. Jeffrey Moore) in the Chemistry Department, University of Illinois. I also co-founded, with three other colleagues, a consulting company, BioPhia Consulting, Inc., providing R&D support in pharmaceutical, biopharmaceutical, and medical products. Today, BioPhia Consulting has 16 experts in various areas of R&D product development to help small companies as well as big pharma. Another role that I have undertaken at University of Illinois is mentoring startup companies in life science areas at EnterpriseWorks, the UIUC incubator.

We have heard that growth in the biosimilar markets is fast accelerating in both the regulated markets such as USA/Europe as well as in developing countries. What are the various challenges faced by scientists in meeting the regulations for biosimilars? 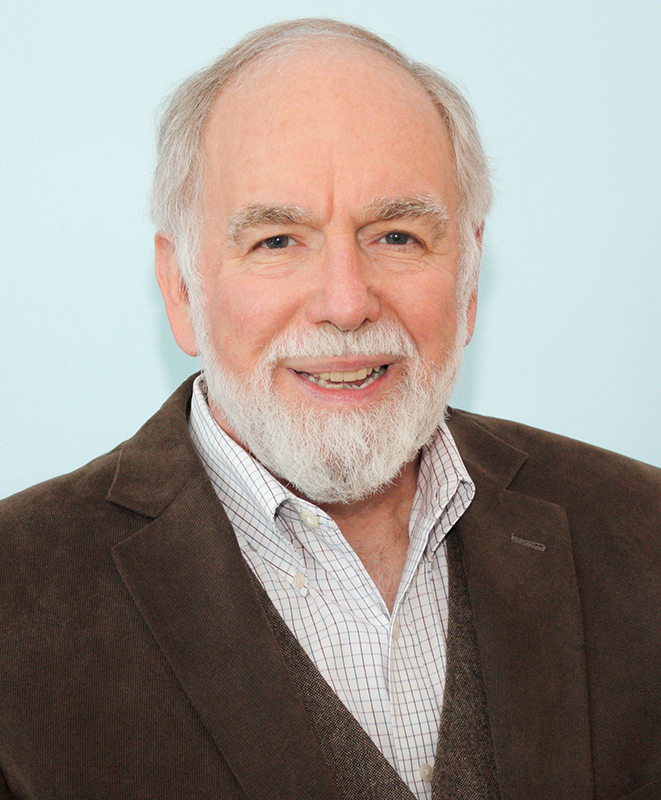 “Wyatt Technology Corporation has been an excellent partner over the years. They use sound principles of physics to engineer user-friendly, reliable instruments along with providing the training and applications to make the methods useful for research, development, and quality-control purposes for end users.”

How are the product standards for the various biopharmaceuticals evolving? Please list a few products that are being actively targeted by regulatory bodies for inclusion in pharmacopoeial monographs

The adulteration of heparin in 2008 provided a realization that monographs need to be updated to reflect newer analytical controls. Work by FDA, industry, and academia were incorporated into the USP and EP monographs for heparin to provide more robust methodologies for detecting impurities. NMR, SEC, and more specific bioassay were added.

Pharmacopoeial organizations had already begun to expand the standards for biologics and the expansion continued to develop new chapters and monographs that provided standardized methods for the industry. New Expert Committees were convened by the USP to handled greater breadth of biologics standards. Standards have been added and updated for host cell proteins, for glycosylation and carbohydrate, and for cell and tissue base products to mention a few of the additional initiatives.

Please share with us the work done by you and your team on methods for characterization of heparins.

Baxter team members were at the forefront of testing immediately following the discovery of tainted heparin product. NMR was first method found to distinguish adulterated product and traced back to raw material supplies. Baxter scientists collaborated with FDA, other industry scientists, and academics to prove the contaminating compound was highly sulfated chondroitin sulfate. Investigators also demonstrated that the existing compendial methods, including the bioassay for sheep blood clotting, could not differentiate adulterated material. Baxter did additional analysis including capillary electrophoresis and the use of SEC-MALS to better define the acceptable molecular weight range for heparin. While the use of MALS was demonstrated to be superior to absorbance detection, the USP and EP decided not to require MALS because of the additional cost to testing labs, believing that absorbance was adequate. We also worked with Wyatt scientist to test Mobius and demonstrated that the combination of charge and molecular mass could differentiate highly sulfated chondroitin sulfate from heparin, and could be another method for characterizing heparin raw materials for contaminants.

How effective was the Size Exclusion Chromatography-Multi Angle Light Scattering (SEC-MALS) technique in the characterization of heparins? We understand that quite a significant amount of work was done using light scattering instruments for upgrading product standards with respect to heparin. Please update current status in this key area.

An international team was formed to standardize heparin molecular weight determination. Laboratories from pharmaceutical industry, government agencies, and academics characterized samples performing molecular weight determinations with their methods. The reference method for the molar mass of the heparin samples was SEC-MALS. In addition, Baxter used SEC-MALS and SEC absorbance. The international team concluded that SEC was needed as a control measure and that absorbance detection was adequate.

Please explain, the role played by the Wyatt Light Scattering Systems in your research and also in the various macromolecules where you found the systems highly useful in characterization.

I have used light scattering for protein characterization. I had used MALS for both biologic molecules (e.g. hemoglobin and heparin) as well as recombinant proteins (e.g. hemoglobin, erythropoietin).

What are the other orthogonal techniques that manufacturers of biosimilars are expected to use for generation of data to prove ‘equivalence’ to the innovator’s product?

Orthogonal techniques are dependent on the properties of the drug molecule. The expectation is that current state-of-the-art technologies should be used to investigate all properties of the molecule. NMR, mass spectroscopy, LC-LC-MS, and capillary electrophoresis are among the techniques that would be expected to explore the protein and carbohydrate structures including content and sequencing. Impurities would be characterized and quantitated as well, including protein aggregates and subvisible particulate, for stored lots and after accelerated degradation. MALS and FFF are useful for characterizing protein aggregates and subvisible protein particles. Orthogonal potency methods would be used if alternate methods are possible.

We gather that you are an active member of the American Association of Pharmaceutical Scientists (AAPS) –Pharmaceutical Impurities Focus group. Please outline the recent initiatives of this group in small molecule as well as biopharmaceuticals

AAPS is now organized in communities. The AAPS Pharmaceutical Impurities community has five strategic initiatives described in the table below. The community consists of scientists from industry, government and academic institutions. Our objective is to provide discussion to address issues in impurities characterization and quantitation that are relevant to impurity controls in pharmaceutical products. We facilitate discussion through blogs, by programming at the annual meeting (PharmSci 360), workshops, and publications.

How do you see SEC-MALS evolving in the future as a reference method for various polymeric drugs/drug excipients etc?

I am sure that the application scientists and the engineers at Wyatt Technology will optimize SEC-MALS to meet the needs of users. More importantly, Wyatt Technology has continually implemented MALS in new ways with complementary technologies to come up with new analytical instrumentation, like electrophoretic mobility (Mobius), mixing interacting molecules, separations in field flow fractionation. These advancements continue to open doors to analytical chemists for solving problems with new and unique capabilities.

Please share with us your experience with the Wyatt Technology Corporation and their products/services.

Wyatt Technology Corporation has been an excellent partner over the years. They have continued to manufacture analytical instrumentation that meets the needs of analytical scientists. The Wyatt instruments provide valuable, unique information to characterize proteins and polymers. Wyatt Technologies has used sound principles of physics to engineer user-friendly, reliable instruments along with providing the training and applications to make the methods useful for research, development, and quality-control purposes for end users.

Wyatt Technology has been open and willing to help solve my research problems both when in industry as well as academic positions. I was invited to come to Wyatt’s facilities to explore the use of instruments to solve a specific problem and generate data to show the methodologies that could be used for my investigations.

I have also participated in the International Light Scattering Colloquium (ILSC) organized by Wyatt and invited to speak twice. The ILSC is a conference organized by Wyatt to allow instrument users from different backgrounds to come together and learn how others have solved scientific problems.