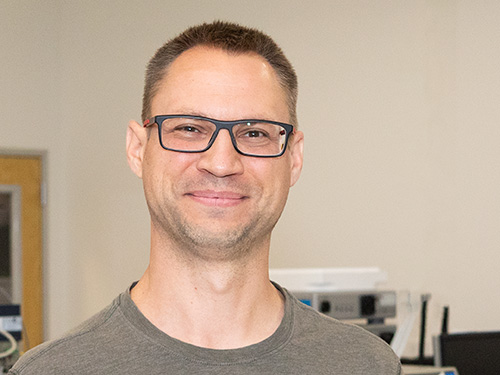 With extensive experience supporting some of the top life science research in Canada, Greg Wasney has gotten to know more than a few scientific instruments and scientific instrument vendors. SEC-MALS and DLS are among the many biophysical techniques he applies to protein characterization. We are pleased that he agreed to go on the record to tell us what he does and the role played by Wyatt instruments in his work.

Please tell us about your background: where you grew up, studied and the field you chose.

I grew up in Winnipeg, Canada and studied at the University of Manitoba, specializing in protein biochemistry.

What led you to choose that field? What are the challenges that excite you?

At an early point in my career, I was interested in a field of study that gave me training in a wider range of scientific fields. A career path in biochemistry allowed me to study various subjects such as biology, microbiology, molecular biology, genetics, organic, inorganic and physical chemistry. This also gave me early exposure to a wider array of analytical techniques and applications.

In my current position as the Manager of the Structural & Biophysical Core Facility at the Hospital for Sick Children in Toronto, I am responsible for a suite of approximately 25 analytical instruments and support equipment as well as all aspects of operating the facility. In addition to Wyatt’s miniDAWN®, Optilab® and DynaPro® Plate Reader, we have instruments used for protein structural denaturation characterization (Auto-DSC, DSLS, DSF, CD), molecular interactions (Auto-ITC, Octet), multi-mode detection used for enzymology and other assays (hybrid plate readers and supporting liquid handling robotics) and various other instruments such as a nanoparticle tracking analyzer, bio-inert HPLC, rheometer and fluorescence microscope. Additionally, the facility has a fully equipped laboratory housing a single protein crystal X-ray diffractometer, crystallization support equipment and an automated SAXS/WAXS with in-line FPLC.

My role as manager includes the care of all facility instruments and supporting infrastructure, training of scientists and student facility users and acting as a consultant to help guide and troubleshoot collaborator projects. I also lead several on-going contract research projects with internal and external academic scientists and industry partners. I am responsible for facility outreach as well as leading technique-based workshops for new scientists. The overall goal behind the SBC Facility is to be a central and fully maintained central resource for instrumentation and expertise while being a collaborative meeting point for the scientific community through an exchange of technologies, techniques and ideas.

I began working with Wyatt Technology instruments with the introduction of the first DLS plate reader during my research in high throughput protein characterization, crystallography and compound screening for drug discovery. DLS was routinely implemented during the protein characterization stage to determine optimal buffer conditions based on both protein stability, using a 384-well plate based thermo-denaturation technique (DSLS), and polydispersity (DLS). 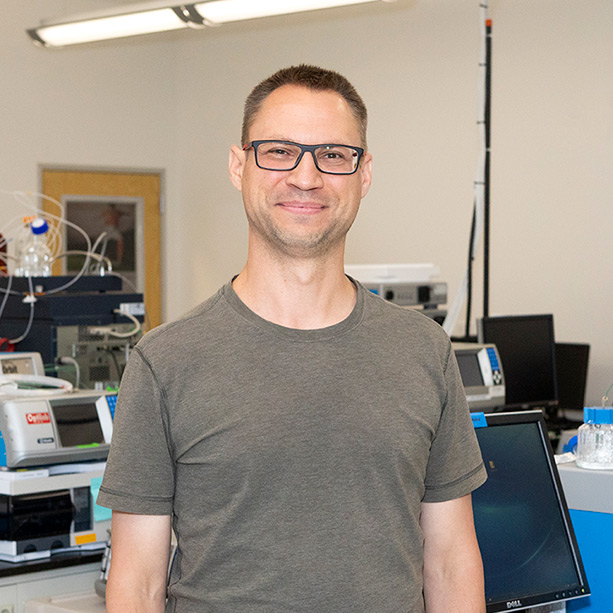 “I find that having Wyatt’s versatile light scattering instruments in the laboratory critical to the success of my protein biochemistry and biophysical characterization projects and I am always discovering new and imaginative ways to incorporate them into my research.”

How have MALS and DLS contributed to your research and development studies?

In general, I tend to gravitate towards instruments that are highly flexible and have the potential to be applied to a wide variety of research fields. The presence of MALS and DLS in the SBC Facility play a critical role in this due to their flexibility and applicability to address the questions being asked by a wide range of research programs. We are currently utilizing these instruments as quality control steps to characterize the size and polydispersity of antibodies and antigens to be used in downstream processes for developing new therapeutics. We also use these instruments to evaluate the oligomeric state and glycosylation of various proteins. Recently I have been developing DynaPro plate reader-based methodologies and workflow optimizations for medium to high-throughput screening of protein-ligand interactions in 384 and 1536-well plates incorporating robotics as well as compound displacement screening of protein-protein interactions for drug discovery. In addition, I am also working with chemical engineers in the Toronto community who are using the DynaPro plate reader to study the size and polydispersity of emulsions and polymers.

Any final thoughts for the readers?

Throughout my career I have focused on gaining knowledge and experience with new technologies while determining different ways these can be applied, thereby creating a “tool box” of techniques and approaches. As I love doing science in general, I am fortunate to have a career that has allowed me to work closely with scientists from a wide range of research backgrounds. Having this varied “tool box” of techniques and along with the wonderful support and infrastructure available at the Hospital for Sick Children, I have been in a position to offer several possible experimental paths to answer a particular project question or novel ways to approach a research program.