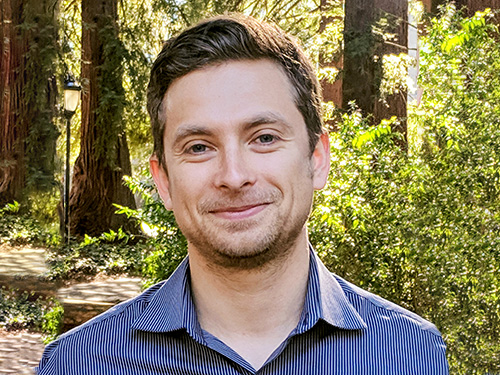 This month we had the pleasure of interviewing Alex Zhukovitskiy, who is currently an Assistant Professor in the Department of Chemistry at the University of North Carolina-Chapel Hill. Having embarked on the path to fundamental research in chemistry from an early age, Alex developed a passion for material and polymer R&D that, naturally, led him to eventually cross paths with Wyatt instruments. Read on to find out why!

I was born in the city of Dnipro in Ukraine and moved to the suburbs of Chicago in the United States when I was eleven. I was fortunate to attend Maine East High School in Park Ridge, where I benefited from top-notch instruction and a world-class education, and where I felt welcome in a melting pot of immigrants.

From an early age, I absorbed a passion for chemistry from my chemist father, who firmly believed that a good chemist must be well-rounded in other sciences and mathematics and so cultivated in me a solid foundation in mathematics, chemistry, and physics. At Northwestern University in Evanston, IL I enrolled in the Integrated Science Program (ISP) which seemed like the perfect fit for a student with a similar perspective. While ISP provided the desired scientific breadth, I sought to delve deeper into the subjects that excited me the most—chemistry and mathematics. By the time I graduated from NU, I had completed ISP with Chemistry and Mathematics majors, received departmental honors in Chemistry, and a joint BA/MS degree in chemistry, and carried out research in Tobin Marks's and SonBinh Nguyen ’s laboratories and an independent study in differential geometry supervised by Jared Wunsch . As they say, when you love what you do, you don’t work a day in your life.

Although I loved mathematics, I envisioned my path as a chemist who merged abstract mathematical concepts into his research. I pursued graduate studies in Chemistry at MIT, where I was fortunate to be a part of Jeremiah Johnson’s first cohort of students. Jeremiah’s vision exposed me to a broad range of research, from surface chemistry of carbenes to topological defects in polymer network. Perhaps most influential was Jeremiah’s knack for linking seemingly unrelated concepts—something I had loved most about mathematics as well. Having earned a Ph.D. in chemistry, I moved on to UC Berkeley to learn more about catalysis and organometallic chemistry as a Merck LSRF postdoctoral scholar in Dean Toste ’s group. Dean helped me mature further as a scientist in preparation for an independent career, and in 2019 I started my appointment as Assistant Professor in the Department of Chemistry at UNC Chapel Hill.

As an Assistant Professor in Chemistry, I supervise a research group, teach, and provide service as a member of the chemistry community, both at UNC and at large. My group’s research merges my graduate and postdoctoral training: namely, my group conducts research at the interface of polymer chemistry with inorganic/organometallic and organic chemistry, topology, materials science, and tissue engineering. We go after long-standing, fundamental challenges, and address them as one would in mathematics: by searching for unexpected connections between seemingly disconnected fields. Mathematics is more concretely infused in my research in the form of topology applied either to polymers or to frontier molecular orbital analysis.

My first exposure to light scattering theory was when I learned from my father why the sky is blue - really! My first encounter with Wyatt instruments was in Jeremiah Johnson’s group. We had a light-scattering detector connected to our GPC instrument , which we used to analyze the molecular weight distributions of the polymers we were synthesizing in our lab.

Wyatt’s DAWN® and Optilab® MALS and dRI detectors connected to GPC instruments have been invaluable to my Ph.D. and postdoctoral research, and continue to be so in my current work. They have enabled me to quickly, reproducibly, and robustly determine the absolute molecular weights of the new polymers that I was making, and absolute values have been critical to my research: indeed, relative molecular weights are insufficient for studies of polymerization mechanism or for the determination of structure-property relationships in polymers.