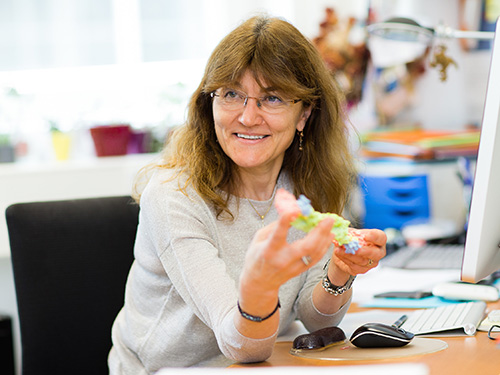 My current position involves research, teaching and heading the Department, along with services to the scientific community. My main scientific interest lies in investigating the molecular mechanisms underlying the architecture and assembly of the Z-discs of the striated muscle - boundaries between adjacent sarcomeres, using integrative structural biology approach on reconstituted complexes.

Other long standing research lines revolve around structure-function analysis of metallo-enzymes involved in protection from chemical and oxidative damage and methods development for customised protein crystallisation based on biophysical properties, and for structure analysis of dynamic/disordered systems.

The first time I learnt about light scattering was during my time at EMBL-Heidelberg (1995-1999): we acquired an DLS instrument which many of us very soon started to proficiently use to assess the monodispersity of samples.

We routinely use SEC-MALS to assess the molecular weight and stoichiometry of our proteins and reconstituted complexes. It has proven also very valuable in studies of intrinsically disordered proteins, where the SEC elution volumes alone can give a miss-leading information on the molecular weight. We use DLS for recurrent check of sample monodispersity and (in multi-well format) for screening for optimal buffers.

I cannot recall any project that does not involve Wyatt’s SEC-MALS and DLS instruments. They have made an essential, vital contribution to my research.