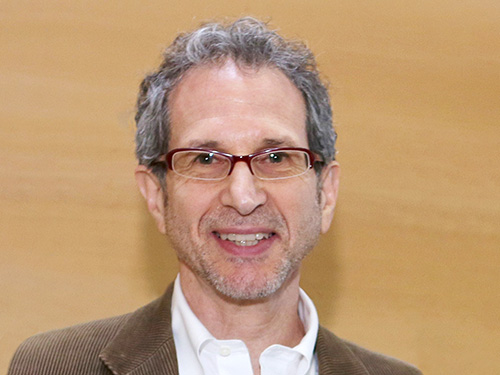 I was born in 1954 and the first 10 years of my life were spent in Buffalo, NY, followed by 5 years in the suburbs of New York City and my last two years of high school in Rumford, a small town in the northwest corner of Maine. My freshman year of college was at Carnegie-Mellon, but then I transferred to McGill University in Montreal where, due to a mistake in reading my transcript, I only needed two years to complete my B.Sc. in Chemistry in 1975. After a gap year traveling in North America, I started graduate school in Chemistry at University of British Columbia but left the program at the end of the 2nd semester. I took two more gap years traveling in North America, Europe and Asia, then settled in Montreal. I started over in graduate school in Chemistry at Concordia University in Montreal in the fall of 1979 and four years later was awarded my Ph.D. in Physical Organic Chemistry under the guidance of Laurence D. Colebrook. My graduate work was in NMR and I was able to obtain a postdoctoral fellowship and a position in the laboratory of Kurt Wuthrich at the ETH in Switzerland. In order to get a position back in North America, in 1986 I started a 2nd postdoc with Peter E. Wright at the Scripps Research Institute. I was promoted to a faculty position in 1987 and rose through the ranks until 1999, when I moved to Vanderbilt. I was recruited to the School of Medicine and the College of Arts and Science to build a new trans-institutional program in Structural Biology and was motivated by the opportunity to direct my research to more medically driven problems.

I hold the Chancellor’s Chair in Medicine with appointments in the departments of Biochemistry and Chemistry. In January 2021, I stepped down after 22 years as Director of the Center for Structural Biology and stepped into the position as Director of the Chemical and Physical Biology Ph.D. program. I also am the director of the Molecular Biophysics Training Program, a position I have held for the past 20 years. I am the course director and teach in three courses at the graduate level, and run a well-funded research group of ~15, comprised of postdoctoral fellows, graduate students, undergraduate students, and professional scientific staff. All of our research builds upon the history of my past experiences.

My first exposure and direct experience with light scattering was in my undergraduate physical chemistry class and lab in 1974! However, it was another 30 or so years before the idea of using light scattering for the study of proteins came to the forefront. This was motivated by the purchase of a Wyatt instrument by a group of colleagues, who each had an interest in biophysical applications of lights scattering to study proteins.

Our interest all along was in characterizing the oligomerization state of protein systems of interest and how oligomerization could be altered by changing experimental conditions or adding co-factors or binding partners. In particular, we have been using SEC-MALS for more than 15 years to characterize proteins and protein complexes and establish optimal conditions for their study by structural and other biophysical techniques.

Our SEC-MALS systems have been instrumental in establishing optimal conditions for our integrative structural biology research.