Chairman of the Board

Philip J. Wyatt is the Founder and Chairman of the Board responsible primarily for New Business Development, Research and Development, Intellectual Property, integration of the Company's technical centers including engineering, new product definition, and the Scientific Advisory Board.

He was nominated by the National Academy of Science as one of the initial fifteen candidates for the country's first Scientist-Astronaut Selection Program. In 2003, he was named Graduate of Distinction by the College of Arts and Sciences at FSU. 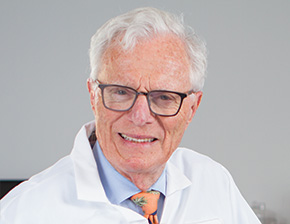 He is the American Physical Society's 2009 recipient of the Prize for Industrial Applications of Physics with the citation, "For pioneering developments in the physics of the inverse scattering problem: new applications of laser light scattering and the successful sustained commercialization of new related analytical methods and instrumentation."

The author of more than seventy publications, he has co-authored or contributed to eleven books. He has had over thirty domestic patents issued relating to laser light scattering and other technologies and over sixty derived foreign patents and new filings. He is a Registered Agent before the U.S. Patent and Trademark Office.