When in solution, macromolecules are buffeted by the solvent molecules. This leads to a random motion of the molecules called Brownian motion. For example, consider this movie of 2 µm diameter particles in pure water. As can be seen, each particle is constantly moving, and its motion is uncorrelated with the other particles. (Movie courtesy of Dr. Eric R. Weeks, Emory University).

In Dynamic Light Scattering (DLS), a.k.a. Quasi-Elastic Light Scattering (QELS), the time-dependent fluctuations in the scattered light are measured by a fast photon counter. The fluctuations are directly related to the rate of diffusion of the molecule through the solvent, which is related in turn to the particles' hydrodynamic radii. DLS is employed by the DynaPro® NanoStar®, the DynaPro® Plate Reader, the Mobius™ and the WyattQELS module for MALS detectors to determine the effective particle size. 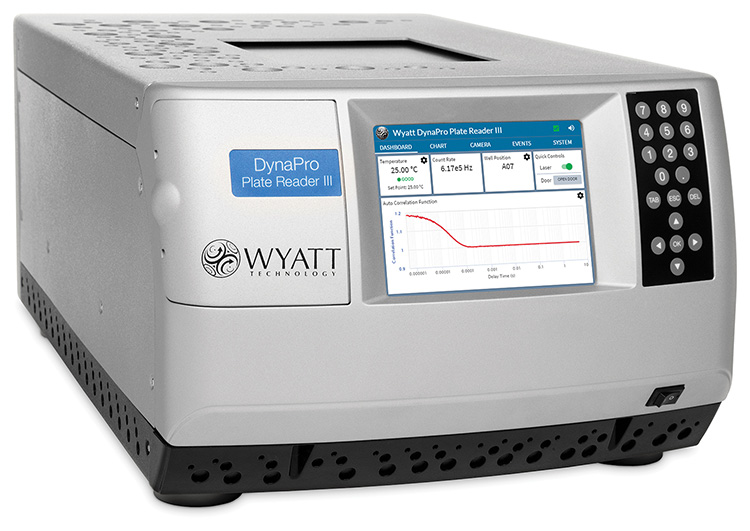 The fluctuations are quantified via a second order correlation function given by:

As described in various light scattering texts (cf. Chu, B. Laser Light Scattering: Basic Principles and Practice; Academic Press: Boston, 1991), the correlation function for a monodisperse sample can be analyzed by the equation:

The ASTRA® software uses a nonlinear least squares fitting algorithm to fit the measured correlation function to equation 2 to retrieve the correlation function decay rate G. From this point, G can be converted to the diffusion constant D for the particle via the relation: 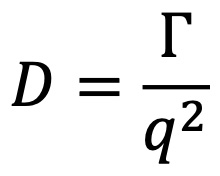 Here, q is the magnitude of the scattering vector, and is given by:

where n0 is the solvent index of refraction, l0 is the vacuum wavelength of the incident light, and q is the scattering angle.

Finally, the diffusion constant can be interpreted as the hydrodynamic radius rh of a diffusing sphere via the Stokes-Einstein equation:

where k is Boltzmann's constant, T is the temperature in K, and h is the solvent viscosity. 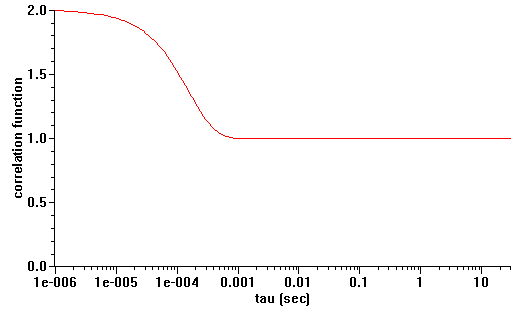