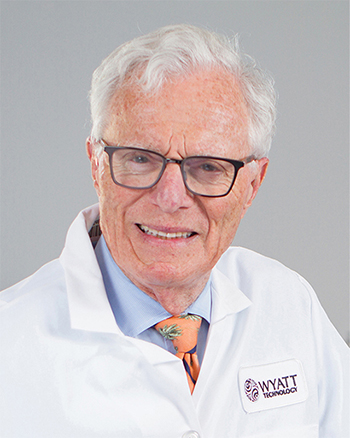 Dr. Philip Wyatt, Chairman of the Board & Founder of Wyatt Technology has been selected to receive the American Physical Society’s 2022 George E. Pake Prize. The award recognizes outstanding work by physicists who combine original research accomplishments with leadership in the management of research or development in industry.

Since 1983, the Pake prize has been awarded to physicists that display outstanding achievement in original research and leadership of research or development in the industry. Named after George E. Pake, a research physicist and founding director of industrial research at Xerox Corporation, past winners of the Pake award include C. Paul Robinson, Director of the Sandia National Laboratories, and Robert Alan Frosch, Administrator of NASA during the Carter Administration.

Dr. Wyatt did undergraduate work at the University of Chicago, (B.A., 1952; B.Sc., 1954), and Christ's College, Cambridge. He received his M.S. from the University of Illinois in 1956, and his Ph.D. from Florida State University in 1959. In the 1980’s he became a Registered Patent Agent before the U.S. Patent & Trademark Office. Dr. Wyatt has over 70 publications as either author or co-author, 5 textbooks and over 40 patents.

Dr. Wyatt was selected by the National Academy of Science in 1965 as one of 15 finalists of the first U.S. Scientist-Astronaut selection program, but remained behind on Earth. He has founded two companies, beginning with Science Spectrum, in the late 1960’s, at which he developed the first commercial multi-angle light scattering instrumentation incorporating a laser source as well as an on-board microprocessor.

Although it has taken years to popularize, coupling Multi-Angle Light Scattering (MALS) instruments to HPLC has become a common practice in thousands of laboratories worldwide. The fundamental scientific importance of this technology is underscored by more than 17,000 peer-reviewed publications on the subject. There are also thousands of patents upon which these detectors’ measurements rely in everything from polymers and plastics to proteins and polysaccharides.

The scientific significance of this technology has most recently been highlighted by its critical use at the biopharmaceutical companies developing the leading vaccines against COVID. The rise of the technology also gave rise to Wyatt Technology Corporation itself—a company providing high value-added manufacturing, engineering, service and support jobs to more than 150 direct employees in the USA, and another 50 in Europe and Asia. And because Dr. Wyatt is a dog-lover and brought his Great Danes to work, other employees at the firm were—and are—encouraged to bring their dogs to work, too.

We thank Dr. Philip Wyatt for all his contributions and congratulate him on this well-deserved honor! 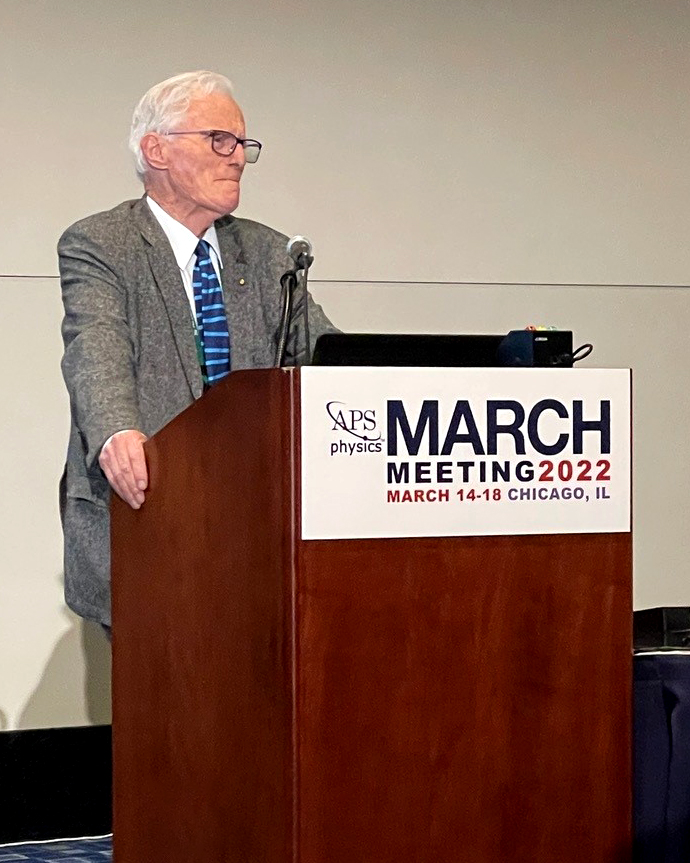 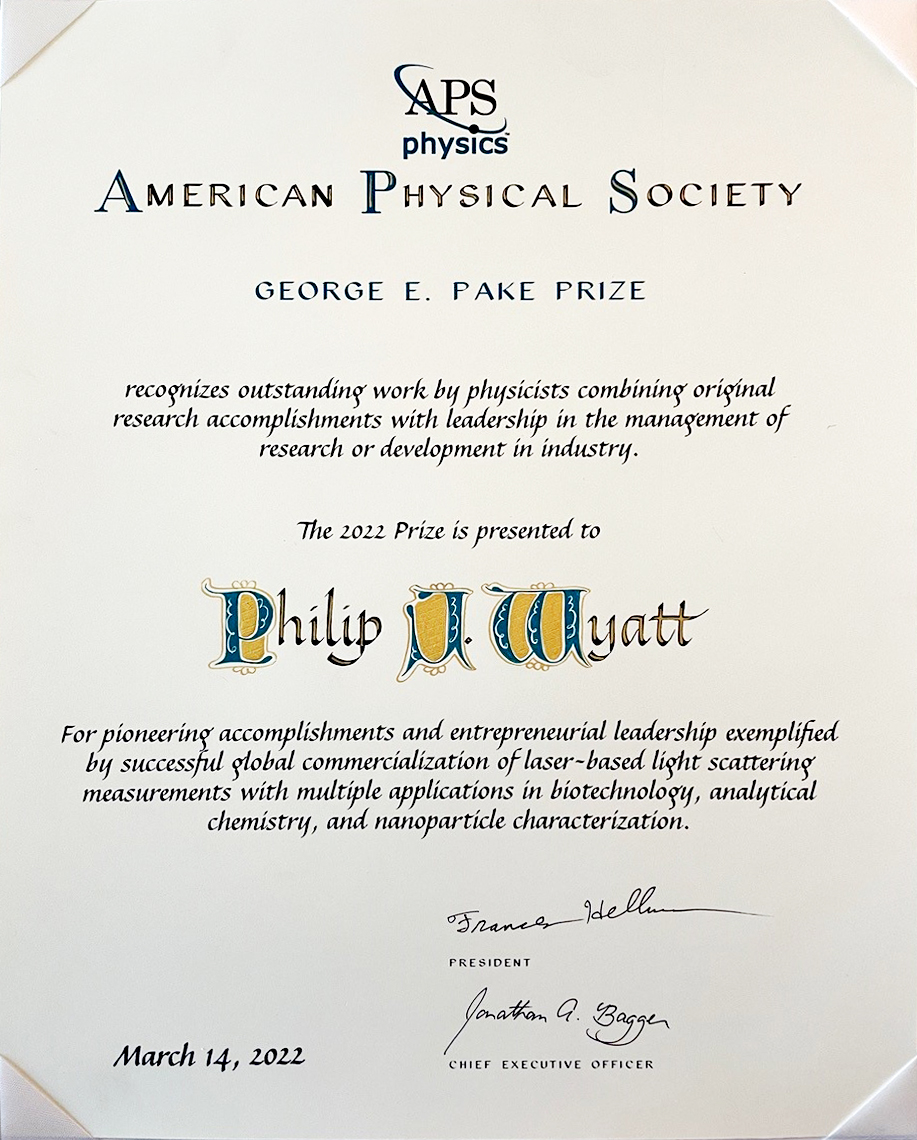