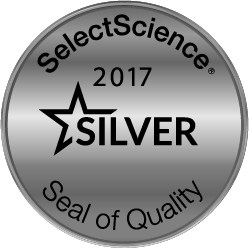 Following in the footsteps of the SelectScience Reviewers' Choice 'Instrument of the Year' Award, the DAWN has received another accolade: the Silver Seal of Quality. SelectScience extends the Seal of Quality to less than 0.1% of the thousands of products reviewed on their site. Wyatt is very pleased to be one of the few to receive this recognition.

We were a bit hesitant to place our fate and corporate ego in the hands of the SelectScience product review program, which collects and publishes unbiased user reviews of scientific instruments. We regularly hear from our customers how delighted they are with our instruments and our customer support, but would they be willing to go out of their way to put it in writing? Usually it's the unhappy customers who are most vocal - would we find all kinds of disaffected customers writing scathing reviews, turning the exercise into a debacle?

Nonetheless, one year ago we took the plunge. We e-mailed our customers and asked them to review the Wyatt products they use on SelectScience, held our breath and crossed our fingers.

Then the reviews started rolling in. We expected a dozen, and got a hundred! Almost all were positive to very positive. Even when the score in 'stars' was middling, usually the comments themselves were quite appreciative, which was more important to us than the score. Definitely there were a few disappointed customers; sometimes because of unrealistic expectations from the products, sometimes because of reasonable expectations that we did not meet, and sometimes just because things fell between the cracks. Where possible, we did our best to delight those who were not delighted, and turn a negative review into a positive one. All in all, we were pleasantly surprised by the results - not by the fact that our customers are in general happy with Wyatt Technology (which we hear quite often), but that so many were willing to take the trouble to submit a positive review.

It turned out that we were not the only ones who were surprised. The folks at SelectScience were also quite pleased with the huge positive turnout for Wyatt, in particular for our flagship product the DAWN multi-angle light scattering detector, which to date has received over 90 reviews with a score of 4.5/5. So impressed were they, that they decided to award Wyatt the 2017 Reviewers' Choice 'Instrument of the Year' Award at PittCon, the premier North American event around analytical instrumentation. That was another nice surprise for us, and especially gratifying for our CEO and founder, Dr. Philip Wyatt, who pioneered multi-angle light scattering technology.

This week we received another pleasant surprise: the SelectScience Silver Seal of Quality for the DAWN. The Seal of Quality is a new program which is awarded to just 0.1% of the thousands of products listed on their site. In fact, we are just 7 reviews shy of their criterion for the Gold Seal of Approval: a minimum score of 4.5/5 and at least 100 reviews.

It bears clarification, that these reviews and awards are not 'bought-and-paid' self-promotion. SelectScience imposes strict rules regarding the reviews, and these are recognized by Google and others as objective. We are very grateful to all of our customers who submitted reviews: to those who submitted positive reviews, and to those whose reviews were less than positive, giving us important feedback on what needs to be improved. We look forward to more feedback, especially for those products which received none at all or very few! 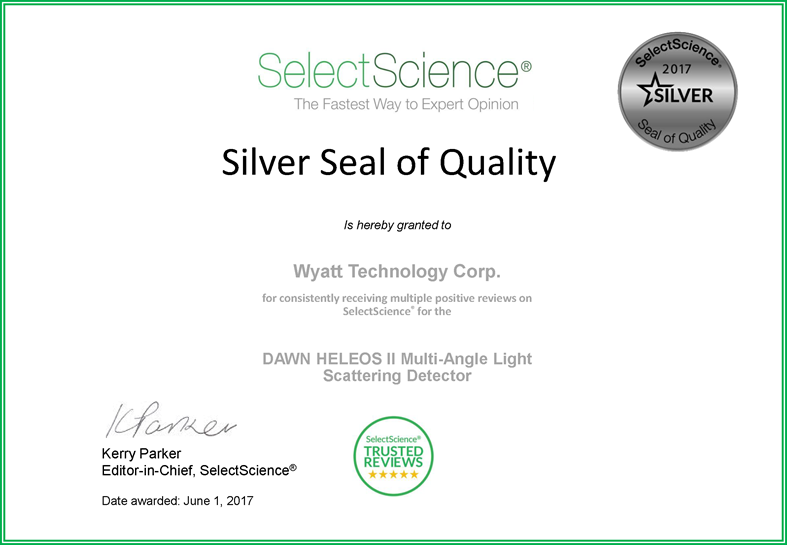