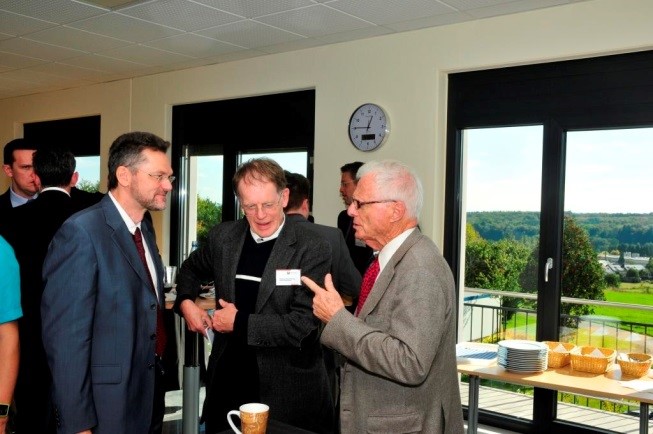 Wyatt Technology Europe GmbH, Wyatt Technology's subsidiary office in Dernbach, Germany, has expanded its headquarters. The grand opening ceremony of the new European center of operations was held in conjunction with the 2015 European Users' Meeting, September 29th through October 2nd, before an audience of about 50 attendees. The honor of cutting the ribbon at the entrance to Wyatt Europe's new building was awarded to none other than Dr. Philip Wyatt, who has led Wyatt Technology in inspiring the world's top scientists through leading-edge instrumentation, expertise and customer support for over 30 years.

The event week started off with a two-day user meeting composed of advanced training courses in Multi Angle Light Scattering (MALS), Dynamic Light Scattering (DLS), and Field Flow Fractionation (FFF). While attending these courses the participants were encouraged to expand their knowledge of both theory and practical applications, as well as software training. On the second day of the meeting, Professor Stephen Harding from the University of Nottingham, UK discussed how light scattering developed and moved from an experimental idea to an established analytical method. Professor Walther Burchard from the University of Freiburg, Germany, provided a detailed insight into the history of analytics of polymeric branched macromolecules.

A special highlight was contributed by Wyatt Technology founder and light scattering pioneer, Dr. Philip Wyatt. In his intriguing talk, he gave a review of the early developers of light scattering theory, and then focused on a relatively new technique for interpreting such measurements. Round table discussion sessions wrapped up the meeting, covering the versatility of combined methods such as SEC-MALS, FFF-MALS, CG-MALS, or the addition of DLS.

The ribbon cutting ceremony marked the opening of the new Wyatt Europe facility with Dr. Wyatt and his son Clifford Wyatt, the Executive Vice-President, cutting the ribbon and opening the facility. Dr. Christoph Johann, the Managing Director of Wyatt Technology Europe, concluded the events with thanks to all guests and contributors who have contributed to Wyatt Technology’s success over the last three plus decades. 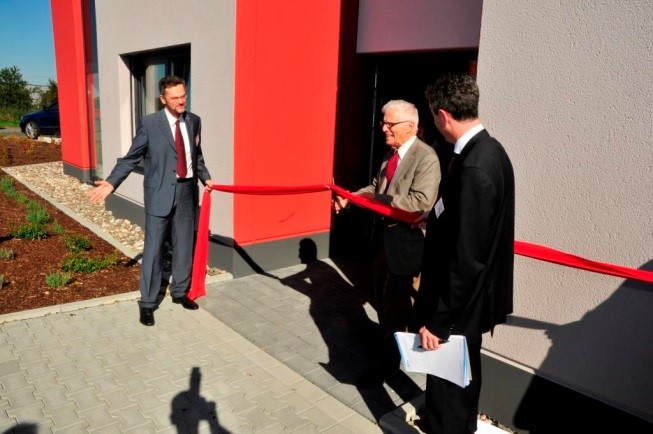 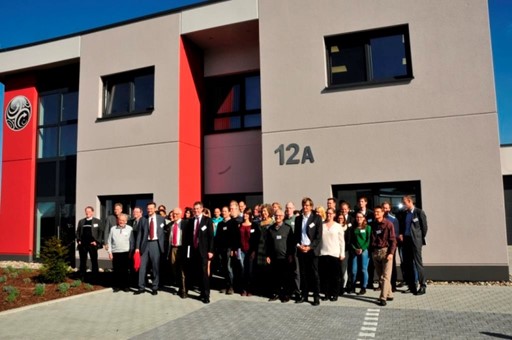 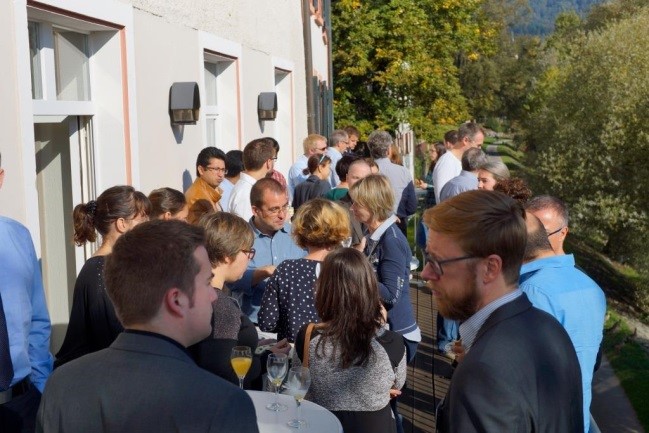 The user meeting continued in Bad Säckingen with keynote speakers and animated discussions.