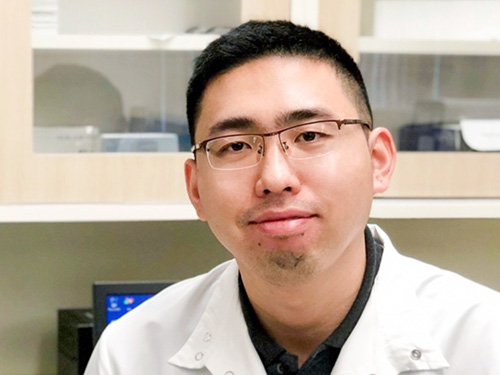 The MacKay lab at the University of Southern California (USC) doesn’t mess around with catalysts and chemical reactions when it comes to creating novel therapeutic polymers. Instead, it programs cells to manufacture them – directly coupled to proteins that hold promise for targeted and effective drug delivery. Spanning the Departments of Pharmacology and Pharmaceutical Sciences, Biomedical Engineering and Ophthalmology at USC’s Schools of Pharmacy, Engineering and Medicine respectively, Prof. J. Andrew MacKay and his research staff apply light scattering extensively in developing molecules that combine proteins with precisely engineered polypeptides. The goal: to overcome autoimmune diseases, cancer, and ocular disorders, with novel delivery platforms and ‘microdomains’ that directly modify cellular function.

Hao Guo, a Ph.D. candidate carrying out research in the MacKay lab, is studying elastin-like polypeptides (ELPs), inspired by elastin, the main structural protein in elastic tissue. Though expressed by cells, purifying these molecules is not as difficult as one might expect: ELPs are soluble below Tt, but when heated above Tt undergo coacervation (phase separation into nanocolloids) from bulk water, and hence can be efficiently purified from cellular lysates by non-chromatographic means, to readily obtain gram scale quantities of pure polypeptides. This sets the stage for highly productive research into biomedical applications.

Guo’s specific project is to develop an ELP-based delivery platform of the immunosuppressive drug cyclosporine A (CsA), which is clinically used for management of several autoimmune diseases and preventing rejection after organ transplantation. Through molecular cloning, he has fused the cytosolic sequence of the human receptor of CsA, cyclophilin A (CypA), to an ELP. This fusion protein helps solubilize CsA and functions as a drug carrier to improve the CsA safety profile. He hopes that the resulting molecule will facilitate the treatment of Sjögren's Syndrome (SS), a systemic autoimmune disease characterized by severe dry eye and dry mouth which affects more than four million people in the US alone. Hao reports that Wyatt instruments were widely applied in the physicochemical characterization and quality control of this and many other ELP constructs he and his colleagues studied in the lab, making in vivo therapeutic study possible on animal models of SS.

Guo uses the DynaPro® Plate Reader automated dynamic light scattering (DLS) instrument on a daily basis to determine the transition temperature (Tt) of ELP constructs, by pinpointing the temperature at which the hydrodynamic radius Rh undergoes a dramatic increase. DLS is also used to monitor heterogeneity and stability at physiological temperature over a period of 48 hours, supporting the quality control of ELP fusions prior to in vivo studies. DLS size measurements further assist in bioengineering the particle size of ELP-based drug carriers to be above the renal filtration cutoff size, extending circulation time in the body.

Initially detected by DLS, Guo separated and identified two distinct ELP forms by SEC-MALS and discovered that the species which binds CsA actually consists of the dimerized form, whereas the monomer does not bind the drug. This information is critical in further optimization of the CsA nanocarrier, a subject of future research.

It’s worth keeping an eye on Hao Guo and the MacKay lab: besides their groundbreaking research into novel therapeutic modalities, in just a few years Hao and his fellow graduate students will be looking around for their next career step. Scientists with Wyatt instrument experience like Hao make great additions to national labs and research facilities. 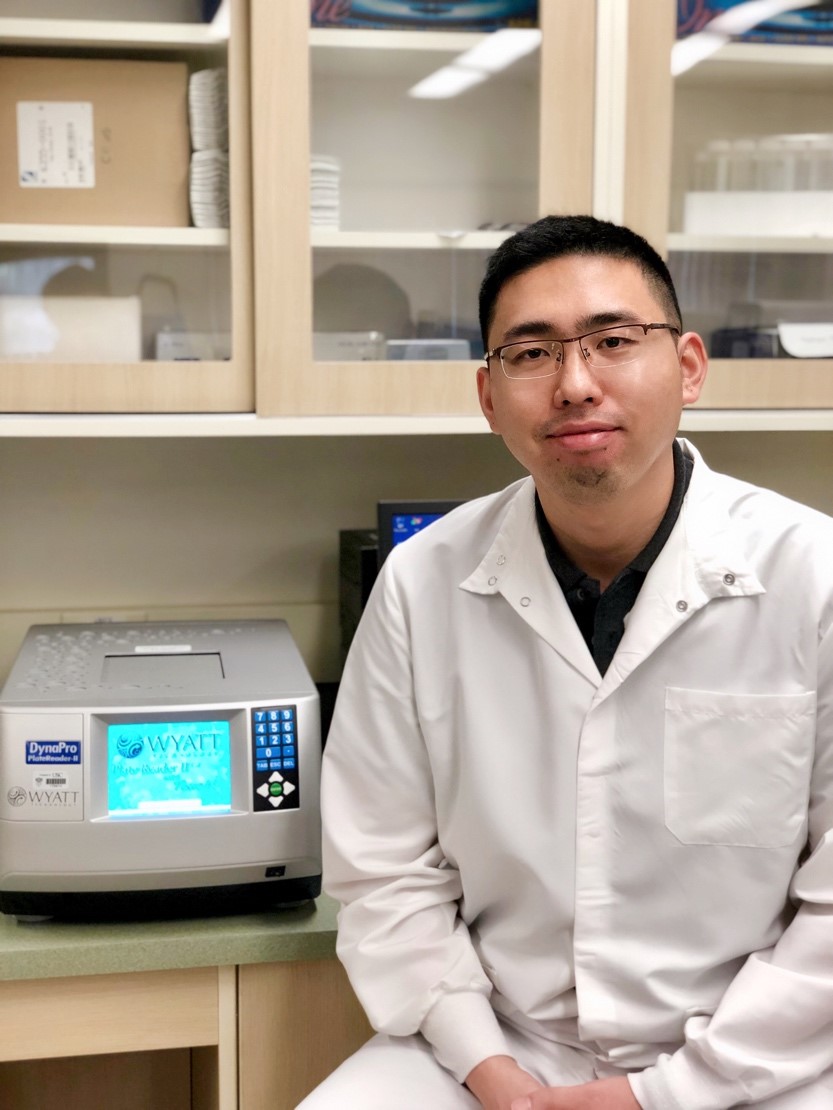 Wyatt instrumentation provides us with a reliable way to determine actual molecular weights, serving as an important quality control step in our lab.