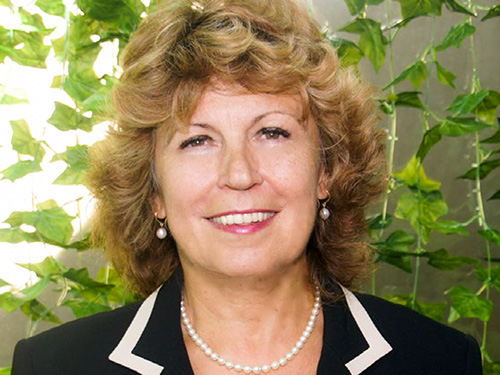 “Personal history defines who we are and the science we do” is the opening to Prof. Judit Puskas’ article in the January 2018 issue of Rubber Chemistry and Technology, highlighting her lifetime of scientific and personal achievements, following the bestowing of the prestigious Charles Goodyear Medal for 2017 by the Rubber Division of the American Chemical Society (https://doi.org/10.5254/rct.17.82588). Indeed, this has been our theme in the Featured Customer blog series, where we delve into the stories behind our customers’ journeys in science and in light scattering. Judit’s scientific career, and her association with Wyatt Technology, have been so deep and rich that it would be disingenuous of us to attempt to describe them in our own words; so please read on for her unadulterated and candid responses to our questions. Prof. Puskas, we look forward to 30 more years of fruitful interactions!

I grew up in Budapest, Hungary. My elementary school chemistry teacher was a university professor who was demoted because of her involvement in the 1956 Hungarian revolution. She was the one who recognized my aptitude for sciences. I was also very interested in arts, but she told my mother, “She needs to study chemistry!” So I went to a high school specializing in chemistry, where I received an excellent fundamental education. Then I was accepted to the Technical University of Budapest, one of the oldest engineering schools in Europe, to study chemical engineering. After graduation I started to work in the electronics industry. Since there was no full-time graduate education in Hungary, I fulfilled the requirement for a Ph.D. while working – two foreign languages, philosophy exam, and the technical exam. I did the experimental part at the University of Akron as a visiting scientist. It took me 8 years, but it was worth it. Now I am proud of my achievements: co-inventor of the polymer coating on the Taxus drug-eluting coronary stent, implanted in over 6 million people, and the winner of the 2017 Charles Goodyear Medal, the most prestigious award given by the Rubber Division of the American Chemical Society. It has been awarded annually since 1942 and I am the first woman winner – and made it into Wikipedia!

I am a Distinguished Professor at the Ohio State University. I transferred to academe after working 7 years in industry as a chemical engineer. I held the Bayer-NSERC Industrial Research Chair in Rubber Technology at the University of Western Ontario in Canada for 7 years, before accepting a position at the University of Akron where I held the Bayer/LANXESS Chair for 5 years, followed by other named chairs. In 2019 I accepted a position at the Ohio State University where I am doing my research now, amid the COVID-19 crisis. My research now is focusing on the integration of breast cancer diagnosis and treatment with reconstruction using polymer-based compounds. We are also working on other topics, including ring polymers and natural rubber. You can find more detailed information on my web site: http://www.biomerg.com

In what context did you first learn about light scattering and Wyatt instruments, and how have they contributed to your research and development studies?

I first learned Size-exclusion chromatography SEC (often called gel permeation chromatography, GPC) in 1980. At that time, we used calibration with polystyrene standards. Later I assembled several systems, both in industry and academia. SEC is the core instrument in our research – it is our lifeline. I could not do research without it. Light scattering is especially important because it gives absolute molecular weight data. Now we have a high-resolution system I call “the Cadillac of SEC” – with six columns, five detectors (DAWN® multi-angle light scattering, WyattQELS™ quasi-elastic light scattering, Optilab® differential refractive index, Agilent UV and ViscoStar® differential viscometry). Several of my students were hired in industry because of their knowledge of SEC analysis and became “internal experts” colleagues relied on. I have been working with Wyatt Technology for almost 30 years – it is a fantastic family-owned company that always maintains the highest standards. It has been my privilege and I will be doing SEC analysis even in my death bed.

I have been working with Wyatt Technology for almost 30 years – it is a fantastic family-owned company that always maintains high standards.