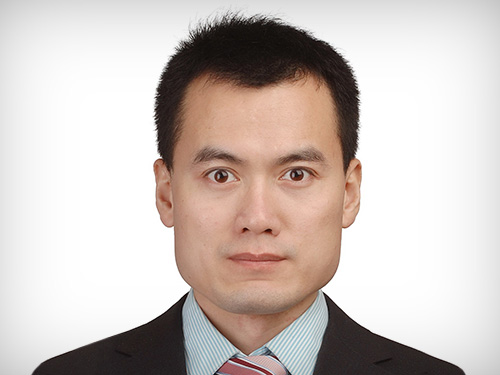 This month we are pleased to interview Associate Professor Yonggang Liu, who serves as the Head of the Polymer Core Facility at the State Key Laboratory of Polymer Physics and Chemistry, which is associated with the Changchun Institute of Applied Chemistry at the Chinese Academy of Sciences. Prof. Liu has specialized in macromolecular characterization using light scattering and has co-authored over 40 peer-reviewed publications. We are fortunate to have gotten the opportunity to speak with Prof. Liu about his research and how his work intersects with Wyatt Technology.

I am an analytical polymer scientist. I grew up in the countryside of Qianjiang in Hubei province of China. I finished high school in Jingzhou and studied chemistry at Wuhan University. During my last year as an undergraduate, I was inspired by my mentors Prof. Lina Zhang and Guang Yang to pursue polymer science. Later I obtained my Ph.D. degree under the supervision of Prof. Shuqin Bo at the Changchun Institute of Applied Chemistry, Chinese Academy of Sciences, where I specialized on microstructure of novel polyolefins and gel permeation chromatography coupled with laser light scattering. I then worked as a postdoctoral fellow in Germany and Israel for seven years before returning to China in 2011. My main research interest is on separation and characterization of natural and synthetic macromolecules.

I first learned about light scattering in 1997 when I was a senior student taking Prof. Lina Zhang’s course on Polymer Physics. I was later exposed to Wyatt light scattering instruments in Prof. Zhang’s lab when she bought the first DAWN® in China, for macromolecular characterization by SEC-MALS.

How has your Wyatt instrumentation contributed to your research and development studies?

The first time I worked with a Wyatt instrument was back in 2004 when I was a postdoc working with Prof. Harald Pasch in Germany. We studied the elution behavior of high molar mass polystyrene in packed-column hydrodynamic chromatography (HDC) using a DAWN light scattering detector. We observed a chromatographic mode transition from HDC to slalom chromatography (SC) for samples that displayed abnormal elution behaviors. This behavior is induced by coil-stretch transition of polymer chains during elongational flow through the packed column. The results were soon published in Macromolecules. This discovery led me to pursue further studies on the dynamics and conformations of single polymer molecules in various flows at Weizmann Institute of Science in Israel.

The AF4-MALS system consisting of an Eclipse™ FFF instrument and a DAWN was established in my lab at Changchun in 2017, and since then, has remained the workhorse in my lab. We have developed analytical SEC/AF4-MALS protocols for analyzing various water-soluble macromolecules. In particular, we have established a strategy to improve the characterization of chitosan by SEC-MALS (Carbohydrate Polymers 2018, 202, 99), and observed a chromatographic mode transition from SEC to SC for chitosan (Carbohydrate Polymers 2020, 235, 115950). More recently, we studied the conformation and persistence length of chitosan by AF4-MALS in acetate buffers down to millimolar ionic strength (Carbohydrate Polymers 2021, 271, 118402), thereby overcoming the problem of polymer adsorption in SEC.

In my research, FFF with Eclipse provides a flexible, alternative technique for separating various macromolecules including polyelectrolytes which are otherwise difficult to analyze, while DAWN allows me to “see” what actually elutes from the SEC columns or AF4 channel – regardless of when they elute.

Separation and characterization of macromolecules become much easier with the outstanding instruments and services Wyatt Technology provides.