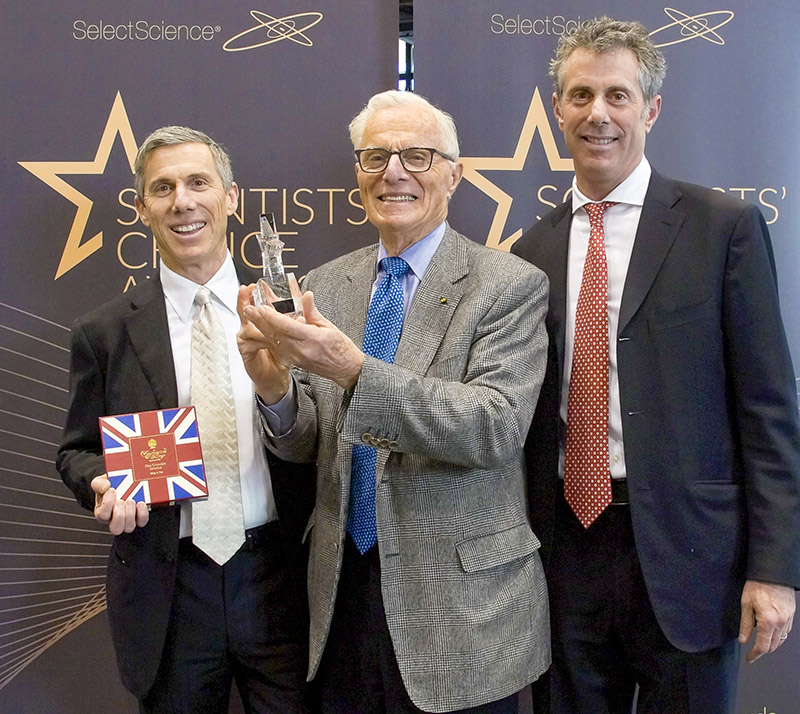 March 14, 2017 - At the recent Pittsburgh Conference (PittCon) held in Chicago, IL March 6-9, 2017, Wyatt Technology was pleasantly surprised to learn that we had won a Scientist’s Choice Award® from SelectScience. The active roster of 300,000+ SelectScience customers were invited to participate in the process by nominating, voting and reviewing companies of their choosing.
Do you like it?
Read more

March 3, 2017 - We are pleased to announce the release of 21CFR(11)-compliant software for the groundbreaking DynaPro® Plate Reader II. The DynaPro PRII is widely used in the biopharmaceutical industry to characterize aggregation as well as thermal, conformational and colloidal stability of biotherapeutics. With the release of the 21CFR11-compliant Security Pack (SP) in DYNAMICS, labs operating under GLP or GMP regulatory requirements may now take advantage of the DynaPro PRII’s automation to measure dozens, hundreds or even thousands of samples per day. DYNAMICS SP also supports the DynaPro NanoStar cuvette-based DLS detector and the Möbius zeta potential/DLS detector.
Do you like it?
Read more

March 3, 2017 - Ligand Binding Assays (LBAs) used for large molecule drug development often utilize proteins conjugated to various tags. To ensure that these conjugated protein reagents perform consistently over time and provide high quality data, each lot of conjugated material should be characterized functionally and biophysically. This application note, contributed by Justin Low et al. at Genentech, discusses the advantages of SEC-MALS for this application and the impact of aggregated reagents on assays used to detect anti-drug antibodies.
Do you like it?
Read more 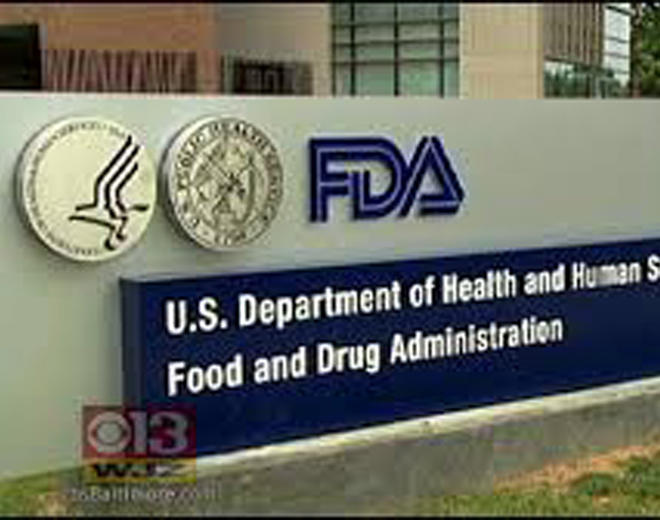 February 14, 2017 - Testing the stability of nanoparticles for drug delivery, phototherapy and diagnostics under physiological conditions is a critical phase of development. Bhirde et al. of the FDA and NIH have demonstrated the use of the DynaPro DLS Plate Reader for assessing the stability of model colloidal systems and their interaction with serum albumin, fully automated over many samples conditions and an extended time period.
Do you like it?
Read more

February 2, 2017 - The ability of viruses to maximize functionality from a limited genome, and to evolve their functionalities in real time offers us fundamental insights into the capabilities and plasticity of proteins in general. In this on-demand webcast, Dr. Erica Ollmann Saphire of the Scripps Research Institute explores the versatile structural biology of viral proteins and how light scattering played a key role in her discoveries.
Do you like it?
Read more

February 2, 2017 - Learn how high-throughput dynamic light scattering meets the challenges of aggregation and stability studies in early developability and pre-formulation studies of biotherapeutics. Newly released white paper.
Do you like it?
Read more 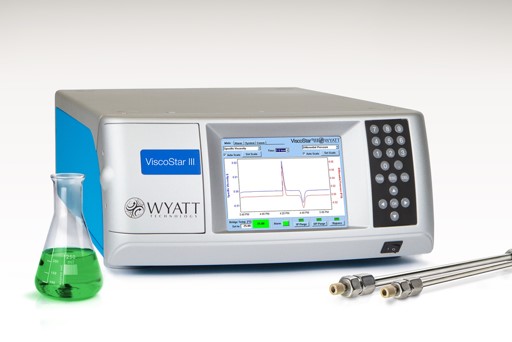 January 21, 2017 - The ViscoStar III comprises breakthrough technology for online viscometry, enhancing sensitivity and resolution while improving ease-of-use and nearly eliminating sensitivity to pressure fluctuations from the HPLC pump or other sources. This white paper describes the innovations and the end benefits to users.
Do you like it?
Read more 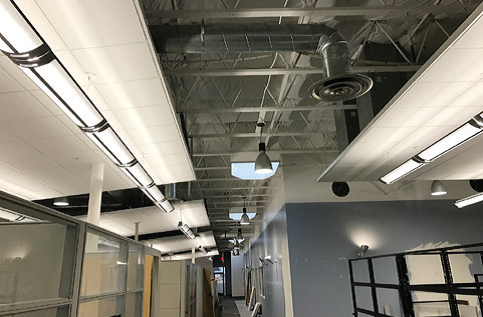 January 9, 2017 - Yes, it’s true. Wyatt Technology is moving its premises in January 2017. For those of you who have known—and loved—our location at 6300 Hollister Avenue, do not fret. We are moving about 100 meters away to 6330 Hollister Avenue.
Do you like it?
Read more 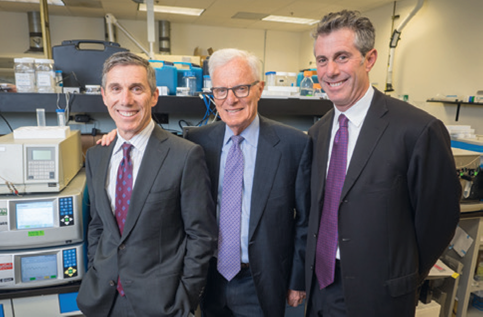 Wishing you the best of Holidays

December 22, 2016 - On behalf of our entire company, I wanted to take this opportunity to wish you and your families a wonderful holiday season. The end of the year is, in its own way, a commencement of the New Year, and our company has enjoyed 34 years of prosperity thanks to your business.
Do you like it?
Read more 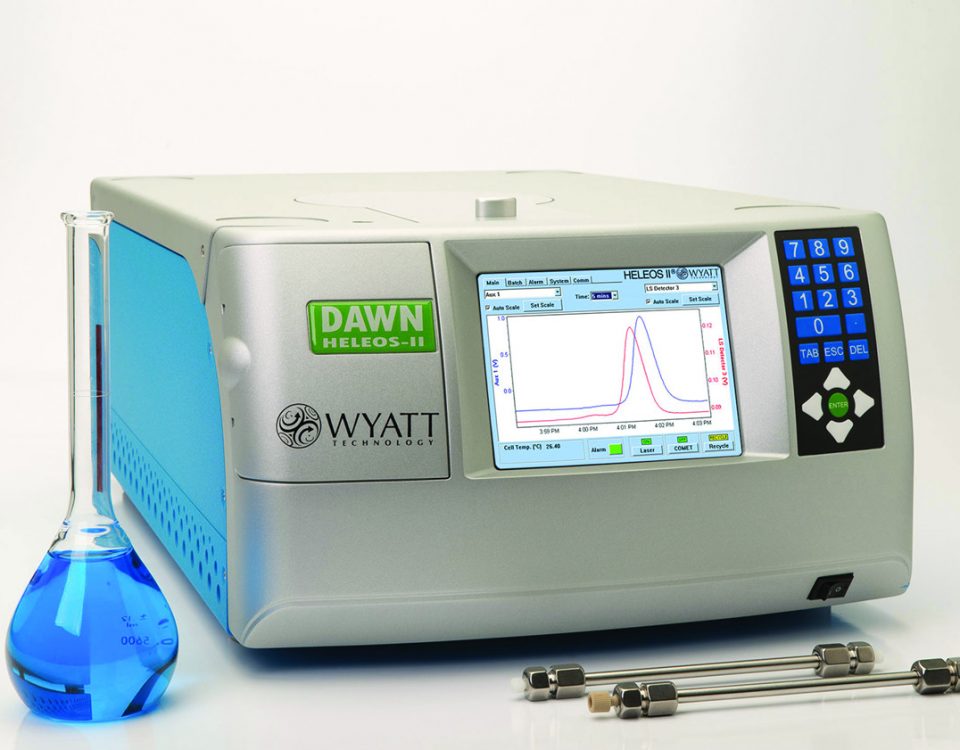